Posted by nelly
in Uncategorized

Following the recent burgeoning of cases of teenagers and other children alike subsumed in abominable deportments, this has prompted parents and guardians to resort to legal sanctuaries. They’re apprised that such resorts would proffer alternative means of reining some of the kids who have fallen out of line. This dawns at a time where corporal punishment is defunct and other human rights laws which shroud children in protection.

It is estimated that close to 4,000 school girls got pregnant in Machakos county in the midst of this pandemic[1]. Nonetheless, various Kenyan media platforms fulminated recently, after 44 school children were apprehended in Mountain view estate situate in Nairobi[2]. The children whose age sweeps between 14 and 17 years[3]. The age span conforms to that of a child. Section 2 of the children act defines a child as any human being under the age of 18 years[4]. The whippersnappers intimated to the police they hailed from Kiambu, Nairobi and Machakos county. It’s shocking that the host of the kids was a 41-year-old woman. The youngsters were busted with other accompaniments which included various brands of alcohol, bhang and contraceptives. 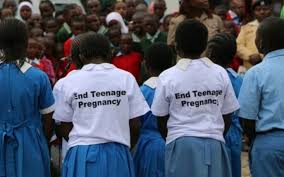 This seldom comes a week after 7 girls who were allegedly reported to have gone AWOL, were rescued by detectives and surmised to be involved in pornographic allied affairs[5]. It’s prominent that some of this loathsome behavior unveiled by kids, are attributable to people around them. The laws in Kenya enshrine some this occurrence and thus endeavors to lay out the requisite direction.

Director of Directorate of Criminal Investigations, George Kinoti goaded parents to surveil their children activities particularly in social media purviews[6]. This is because it is an expedient used by some online groups whose intent is to beguile children into uncouthed practices such as; drug trafficking and pornographic relations. Germane to this ,is the ongoing investigations by the police bracketing an online group known as carty-geng-ent[7].The group was linked with the evanesce of the 7 girls[8].While a colossal number of views may postulate that the kid’s behavior was just a mere extension of their rights. Section 17 of the Children act (CAP 141, Laws of Kenya) entitles a child to participation in leisure, play, cultural and artistic activities[9]. It can be argued thereof that the activities by the youngsters exceeded the stipulations under the act.

It is imperative that every child should be protected from drugs. Therefore, the position taken by the 41-year-old woman was inconsistent with laws on children. Section 16 of the children act (CAP 141, Laws of Kenya) embodies protection of children from drugs. It holds that, “Every child shall be entitled to protection from the use of hallucinogens, narcotics, alcohol, tobacco products or psychotropic drugs and any other drugs that may be declared harmful by the Minister responsible for health and from being involved in their production, trafficking or distribution[1].”

Ultimately, it is the onus of children to pay homage to the society by preserving and strengthening the positive cultural values of their community in lieu of other members appurtenant to their community. This foregoing is succored    by rectitude of section 21 of the children act (CAP 141, Laws of Kenya). It provides for duties and responsibilities of a child. That every child should carry himself/herself in a fashion that piers moral standards of the community[2]. Such include being a teetotaler. 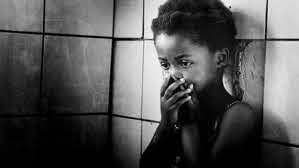 The law also provides for protection of children against sexual activities. It provides under section 15 that any child should be protected from sexual exploitation, obscene materials and any entwined activity[3]. This provision is salient in the case where the7 girls were rescued and suspected to have indulged in pornographic relations. It also extends to impregnating school girls. Section 8(1) of the sexual offences act establishes the offence of defilement[4]. It further delineates the various age spans of children with regards to defilement. A person convicted of defilement with a child whose age is below eleven years is subject to life imprisonment, not less than twenty years with a child between the age of twelve and fifteen and an imprisonment of not less than fifteen years with a that between sixteen and eighteen years[5].

Ultimately, the constitution pioneers for protection of children’s rights by probity of article 21 of the constitution. It vests all state organs with the edict to address the needs children[6]. 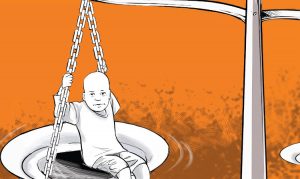 Albeit, the broad intendment of the law also protects accused persons in incidences where the victim out rightly acted as an adult and indulged in the sexual activities with his/her right mind.

The court in the case of Martin Charo v Republic, held that, in instances where the alleged victim acts as an adult and engages in sexual activities, the court will be inclined to hold the accused at liberty.

Section 8(5) of the sexual offences act is an exemplar of the aforementioned. It clasps that it will be a defense in cases where a child deceived an accused person into believing he or she was over the age of eighteen years in which the accused reasonably believed. This canvasses instances where children partake in sexual activities under their own choice by intimating to the accused that they are of the right age. This may be apprised by the children’s pursuit for money or any other form of consideration in the act in question.