RENUNCIATION OF THE RIGHT TO INHERITANCE: A COMPARATIVE STUDY OF KENYAN AND FOREIGN JURISPRUDENCE

Babu Law Firm > Uncategorized  > RENUNCIATION OF THE RIGHT TO INHERITANCE: A COMPARATIVE STUDY OF KENYAN AND FOREIGN JURISPRUDENCE
4 Comments
Share

RENUNCIATION OF THE RIGHT TO INHERITANCE: A COMPARATIVE STUDY OF KENYAN AND FOREIGN JURISPRUDENCE

Posted by nelly
in Uncategorized 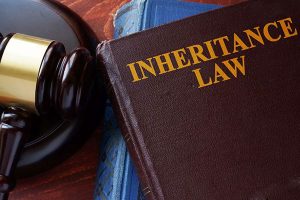 By Samuel Wahome Kimani, Advocate of the High Court of Kenya

Kenyan succession law is governed under the Law of Succession Act[1] which provides inter alia for the definition and consolidation of the law relating to intestate and testamentary succession and the administration of estates of deceased persons.

The Act is further anchored on the Constitution of Kenya 2010 right to property [2] which protects against the deprivation or limiting of enjoyment of the right by the state or any person.

Other statutes that regulate and define property ownership in Kenya include, but are not limited to, the Matrimonial Property Act [3], Land Act [4]and Land Registration Act[5].

This article, however, seeks to interrogate the right to inheritance in Kenya with a specific emphasis on renunciation of inheritance from which the study will attempt to answer the following questions through keen scrutiny of both Kenyan and English case law as developed over the years and any statutory provisions:

In Kenya there are two regimes under which a person may inherit property: through testamentary disposition or intestate. 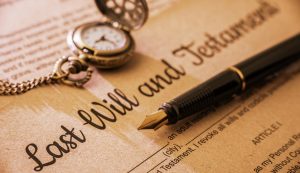 Whilst the former involves the use of an oral[6] or written will[7] the latter entails where the deceased dies without having left any valid will on how his or her estate will be passed on to the beneficiaries[8].

Under testate succession the beneficiaries (also termed as dependants) include:[9]

(c) where the deceased was a woman, her husband if he was being maintained by her immediately prior to the date of her death.

Whereas the deceased’s spouse and children (whether biological or adopted) are automatically considered as dependents, the court may allow other relatives or persons to be considered as such subject to the applicant demonstrating the same in court.[10]

With regard to intestate succession the law provides for all circumstances through which the beneficiaries can be identified as follows:

However, despite the right to inheritance through either testate or intestate succession the Kenyan law is largely silent on situations where a beneficiary or dependent could elect to renounce/waiver and/or disclaim such right.

Common reasons for renunciation of inheritance

This may seem extremely mind puzzling to many as to how a person may even consider such however, upon examination of English common law there exists several circumstances under which a person may choose to waive such right. These includes: 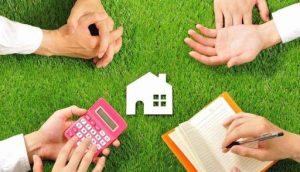 Kenyans may however, breathe easy with the realization that the Capital Gains Tax [16]which was purportedly introduced by the Kenya Revenue Authority[17] categorically exempts properties disposed for purpose of administration of the estate of a deceased person whether testate or intestate.[18]

Such disclaimers are however, highly regulated in other jurisdictions (which impose hefty estate and inheritance tax also known as death tax) to generate revenue and avoid fraud. For instance, tax authorities like the American Internal Revenue Service (IRS) require the disclaimer to be in writing, irrevocable, barring future benefit from the proceeds as well as to be made within nine (9) months from the death of the testator.[19]

This may seem like a no brainer, however, the insolvency law restricts such dealings by providing that a bankrupt may not execute a power of appointment or any other power vested in him if the result would be to defeat or destroy any contingent or other estate or interest to which the bankrupt may otherwise be beneficially entitled at any time before discharge.[23]

Kenyan case law is comprehensively clear in this area, however, a look at the American jurisprudence reveals a debate on whether a renunciation/disclaimer by an insolvent debtor may essentially be a fraudulent transfer[24] with arguments based on the fact that a person cannot be compelled to take property against his will while others opine that a legatee under a will [or intestacy] should not defeat the claims of his creditors by renouncing his legacy. The subject was well considered by Supreme Court of California’s Justice Trainor[25] who in finding a renunciation by a judgment debtor to be a fraudulent conveyance [since it was meant to defeat judgment obtained by the respondent] further observed that renunciation may be overturned:

(2) Where there has been collusion between the debtor and those benefiting by the disclaimer (Schoonover v. Osborne, supra; Bradford v. Calhoun, supra);

In the UK, the legal position is very clearly encapsulated by Abbot C.J who observed: [26]“The law certainly is not so absurd as to force a man to take an estate against his will. Prima facie, every estate, whether given by will or otherwise, is supposed to be beneficial to the party to whom it is so given. Of that, however, he is the best judge, and if it turns out that the party to whom the gift is made does not consider it beneficial, the law will certainly, by some mode or other, allow him to renounce or refuse the gift.”

It remains to be seen at the local level how Kenyan courts will navigate such issues and pronounce itself once such a case comes to the fore.

Effecting a disclaimer on inheritance

As observed in the aforementioned legal arguments the general rule with regard to the disclaimer is that an heir or beneficiary under will or intestacy may not be compelled to take up a gift or inheritance against their will.[31]This however, we have observed may be qualified by looking at the intentions of the beneficiary in effecting such disclaimer as well as the general interests of creditors and decree holders affected by a fraudulent disclaimer.[32] 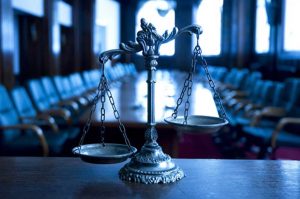 The Kenyan law on succession is silent on the matter of disclaimer and only touches on the close subject of lapse[33], forfeiture of inheritance by the murderer of a testator[34] or renunciation of executorship.[35] For instance, in the matter of the estate of Husseinbhai Karimbhai Anjarwalla (Deceased)[36] where the deceased had left a will appointing three executors, the third proposed executor filed a Deed of disclaimer before the grant was issued and was able to be released from his obligation as an executor under the will.

According to W. Musyoka a beneficiary may effect a disclaimer by informing the personal representative of his intention to disclaim either orally or in writing.[37]

In the absence of statutory direction on this matter it is largely left to courts to see the direction on how to effect a disclaimer. Under intestacy, the matter has been partially articulated by Ang’awa J in the Matter of the Estate of Mariko Marumbi Kiuru (Deceased)[38] where she observed that under the Law of Succession Act[39]daughters are taken into account in the distribution of the estate unless they have issued a disclaimer to their right to inheritance.

Further, in the case of Mary Wangari Kihika v John Gichuhi Kinuthia & 2 others [40] in a case which reiterated the equal right of women in inheritance, Muigai J observed that in absence of oral or documentary evidence from the Respondent’s to suggest renunciation of a person’s right to inheritance from the deceased’s estate the court can make a finding on a balance of probabilities that the Applicants are still entitled to inherit from the estate of the deceased.

Similarly, Matheka J in pondering over a similar determination of the equal right to inheritance noted that[41]: “The fact of the matter is unmarried or married, that is neither here nor there. The only ground [for inequality] would be a renunciation of the right to inherit. And that applies equally to both the males and the female children.”

Effect of disclaimer on inheritance versus variation

Some scholars have since taken the view that as a shortcoming of disclaimers a beneficiary loses control over the final destination of the property that has been disclaimed while in a variation the beneficiary is able to direct the personal representatives as to whom their rights will be transferred to.[42]

The clear difference between disclaimer and variation can, therefore, be summed as where a beneficiary elects to disclaim their right to inheritance, the rules of testate or intestate succession would determine who would benefit from the disclaimed part of the estate whereas where a beneficiary opts to execute a deed of variation, that beneficiary has the freedom to choose who they wish to benefit from their share of the estate. [43] However, much caution must be exercised in broaching the subject of variation of inheritance since the Kenyan courts have demonstrated that there is no legal foundation for instituting variations to a grant especially once the grant has already been confirmed.[44]

In conclusion the legal issues of disclaimer and variation are fairly new to the Kenyan legal systems and are slowly developing in our courtrooms in the clear absence of statutory provision. However, the law is always developing and it stands to be seen whether these issues will be codified in statute to avoid ambiguity in succession law practice in Kenya.

[8] Black’s Law Dictionary 9th Edition, p. 176 (2009)- A person for whose benefit property is held in trust; esp., one designated to benefit from an appointment, disposition, or assignment (as in a will, insurance policy, etc.), or to receive something as a result of a legal arrangement or instrument.

[10] See RNM vs RMN HC Machakos, Succession Cause No. 1 of 2017 where P. Nyamweya J in advocating for proof of dependency under section 29(b) of the LSA quoted Beatrice Ciamutua Rugamba vs Fredrick Nkari Mutegi & Others, Chuka Succ. Cause No. 12 of 2016 which noted as follows: “From the foregoing, a dependent under section 29 (b) and (c) must prove that he/she was being maintained by the deceased immediately prior to his demise.  It is not the mere relationship that matters, but proof of dependency.”

[16] See https://kra.go.ke/en/individual/filing-paying/types-of-taxes/capital-gains-tax retrieved on 14th April 2020- a tax levied on the transfer of property situated in Kenya, acquired on or before January 2015 It is declared and paid by the transferor of the property.

Indeed Income Tax Act Cap 470 8th Schedule, section6(2) (c) & (d) categorically disclaims property vested in a personal representative of a deceased person by operation of the law and transfer of property by a personal representative to a person or legatee in the course of the administration of a deceased person under testate or intestate succession,  from the list of transactions where there is deemed to be “transfer of property” for purposes of capital gains.

[17] See Finance Act No. 16 of 2014 Laws of Kenya -section 10 which sought to amend section 34 of the Income Tax Act Cap 470 essentially reintroducing Capital Gains Tax on all transfers of property.

[30] Supra note 19 on Other Reasons to Disclaim Inherited Assets

[44] See in Re Estate of Jerioth Nyawira Munyua (Deceased) [2016] eKLR- where Ngaah Jairus J in dismissing an application seeking to amend a confirmation of grant and vary the mode of distribution, the learned judge termed it as an abuse of the court process and noted that: “…the deceased’s estate should be distributed as per the confirmed grant; if the beneficiaries are agreeable, as the applicant has suggested, that one beneficiary’s share should devolve upon any other beneficiary or beneficiaries, they can still achieve the same goal even after the transmission of the estate. They do not have to involve the court as the applicant has purported to.”